An Argentinean philosophy professor is being sued for alleged copyright infringement for posting translated versions of French philosopher Jacques Derrida’s works on a website, according to the Copy South Research Group. The case is bringing international attention to the limitations on access to education brought about by copyright.

On 19 February he was advised that a criminal case was opened against him. In December 2008, French publishing company “les Editions de Minuit” lodged a complaint which was passed on to the French Embassy in Argentina and it became the basis of the Argentina Book Chamber’s legal action against Potel, according to CopySouth.

In Buenos Aires, there are two specialised philosophy bookstores which carry a few books of Derrida, according to Potel. But elsewhere in the country, access to Derrida’s works is very difficult with few bookstores of any kind let alone with books on philosophy, he said.

In recent decades, the editorial industry in Argentina has been weakened, Potel said in an interview, and about 90 percent of philosophy books are imported from Spain, priced in euros, which makes them very expensive. Argentinean university teaching actually relies on photocopies, which is supposedly also a copyright infringement, he noted.

The photocopying of textbooks is a major issue for students as well as academics, Roberto Verzola of CopySouth told Intellectual Property Watch.

“Copyright interests are trying very hard to illegalise photocopying, although in many countries, this is simply ignored,” he said. “However, governments continue to be under heavy pressure from the US, Europe and other copyright interests to ban photocopying in university and school libraries, and some governments may not be able to resist the pressure. This will create a major education problem,” he said.

“The information, which was available on my website about Derrida, is the yield of years of work and collection and it was an instrument of intellectual production that is impossible to replace with analogical means,” said Potel, who has removed all the content from his website.

Les Editions de Minuit claim to own the rights to five of Derrida’s titles, all available in French. They told Intellectual Property Watch they intend to enforce those rights, which allow them, among other things, to send royalty checks to Derrida’s widow every year.

“Horacio Potel has posted, over the course of several years, without authorisation, and free of charge, full versions of several of Jacques Derrida’s works, which is harmful to the diffusion of his (Derrida)’s thought,” said the French publisher, which claimed it had written several times to Potel to ask him to stop the practice before taking action.

Potel, who denies receiving these letters, said that he remembered receiving a single electronic mail in 2007, lost later in a computer failure, asking him to close the website “as if they owned the entirety of Jacques Derrida’s works and rights.”

Potel said the French publishing company did not have any right to ask him to deactivate the website as a way of removing the material for which they had purchased the copyright.

He claimed that when he posted those texts on his website, some 10 years ago, nobody would have thought that the intellectual property law (11.723 (235) in Spanish) in place in the country since 1933 would penalise an activity that did not even exist when the law was created.

For Federico Heinz of the Fundacion Via Libre, an Argentinean nongovernmental organisation focussed on civil rights in the digital area, the Potel case is “a prime example of just how inadequate copyright law has become.” Copyright law, which once was a regulatory framework for business activities, is now being used on individual non-commercial users, he said, adding that the fact that Argentina signed the World Intellectual Property Organization’s 1996 internet-related copyright treaties added to Potel’s misfortune.

According to CopySouth, the Argentina Book Chamber was responsible for a police raid at the Faculty of Arts and Letters of the University of Buenos Aires and had some professors condemned for encouraging the students to photocopy books and articles.

In Colombia, there have been a few judicial cases related to photocopying as well, said Carolina Botero, a lawyer and member of CopySouth, Creative Commons and the Colombian Karisma Foundation.

The Office of the US Trade Representative (USTR) kept Colombia on its “Special 301” watch list for 2009, according to their report [pdf] issued on 30 April. In particular, the US asked that the Colombian government take actions to reduce book and optical media piracy. The Special 301 report is an annual review of US trading partners’ IP rights protection and enforcement. Botero said that enforcement is expected to increase after this decision.

The International Intellectual Property Alliance (IIPA), a coalition of US-rightsholder groups, also specifically requested USTR to prevent unauthorised photocopying of books and journals in education institutions in Colombia in a parallel report that they submitted prior to the publication of the USTR report, said Botero.

She said that in Latin America, academic books still depend on foreign publishers at high prices. Students coming from poor backgrounds find it a financial challenge to afford book prices.

“The educational sector has special needs and there are not being satisfied,” she said. The mere fact of buying books is also a challenge, as most of the bookstores and libraries are located in urban areas, and especially main cities, leaving very few options for students in small cities, she said.

Potel said he is not aware of the content of les Editions de Minuit complaint and has not heard from the judge yet, but his lawyer was asking for the charges to be dropped. Les Editions de Minuit has no rights to speak on behalf of Derrida or his descendants, Potel said, adding that “they have inflicted a new death on the philosopher by taking his work off the internet.”

Catherine Saez may be reached at csaez[at]ip-watch.ch. 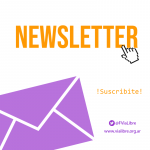 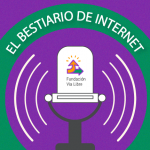