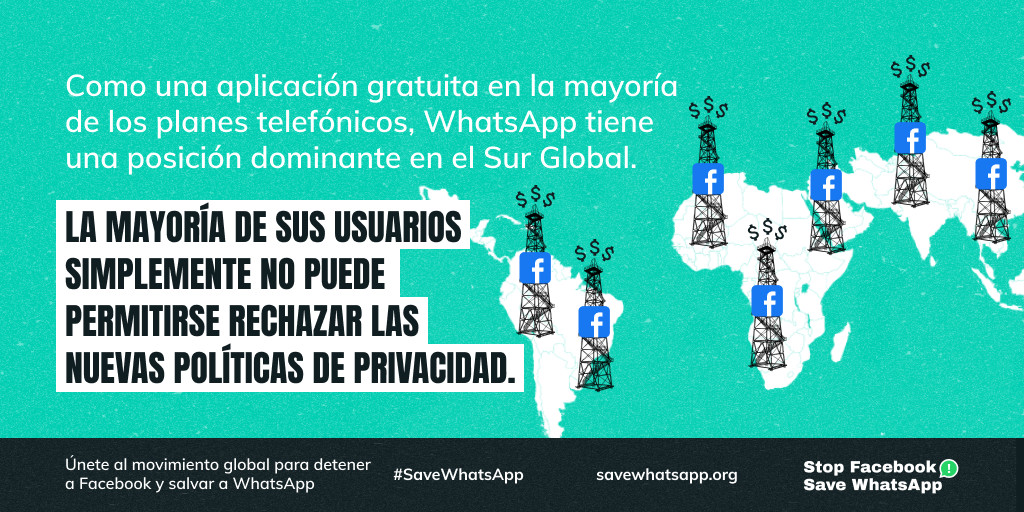 WASHINGTON, D.C. – A coalition of 28 groups across the globe today sent a letter to Facebook demanding the company stop intimidating WhatsApp users to accept extended data collection, originally set to take effect on May 15.

Instead of forcing users to immediately accept new terms, Facebook is now pestering WhatsApp users to accept its policy change by May 15 or, under a new opaque timeframe, within a few weeks. WhatsApp will continually remind users to accept the new privacy policy and gradually degrade or remove core features of the app for those who do not – such as removing access to their personal chat list and deactivating message notifications. The company has not said when it plans to start restricting features.

“Facebook’s prospective business model relies on extended data integration between WhatsApp and Facebook to benefit its own bottom line at the expense of user privacy. Facebook appears dedicated to continuing exploiting WhatsApp data to advance its marketing and commercial interests. Facebook has shown time and again that it simply cannot be trusted to safeguard our privacy or data,” the letter reads.